The idea began in 2007 to bring affordable nail education to our overlooked area of the South & the resort town of Gatlinburg, TN was chosen since its within driving distance of 22 surrounding states.

Gatlinburg is a fun family vacation destination within a day’s drive for over 50% of the entire USA population living east of the Mississippi.

Over 14+ MILLION people a year visit Gatlinburg & the Great Smoky Mountains National Park, which unlike other large National Parks is still FREE to explore! 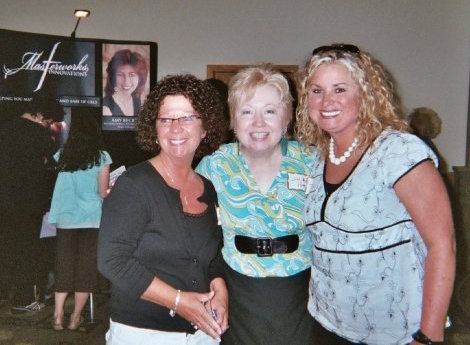 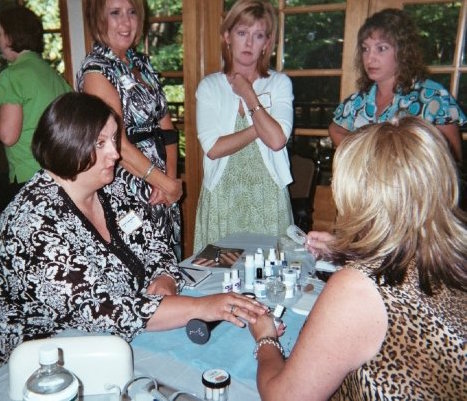 Our humble beginnings started in 2008 as a small nail tech networking event held in a hotel ballroom.

We met our goal of 50 nail techs attending & 6 educators demoing on tables with nail icon Vicki Peters as the guest speaker. ​

Within 3 years we'd become the largest nail tech networking event in the USA!

In 2010 we developed the concept of holding Monday Workshops the day after the show, with Saturday Workshops added the following year due to high demand.

After outgrowing 2 hotel venues in 4 years, we moved into the Gatlinburg Convention Center as a licensed LLC trade show in 2012.

We are the only USA Nail Show that's solely open to licensed nail techs & is NOT open to the general public, "influencers" nor other non-licensed nail lovers. 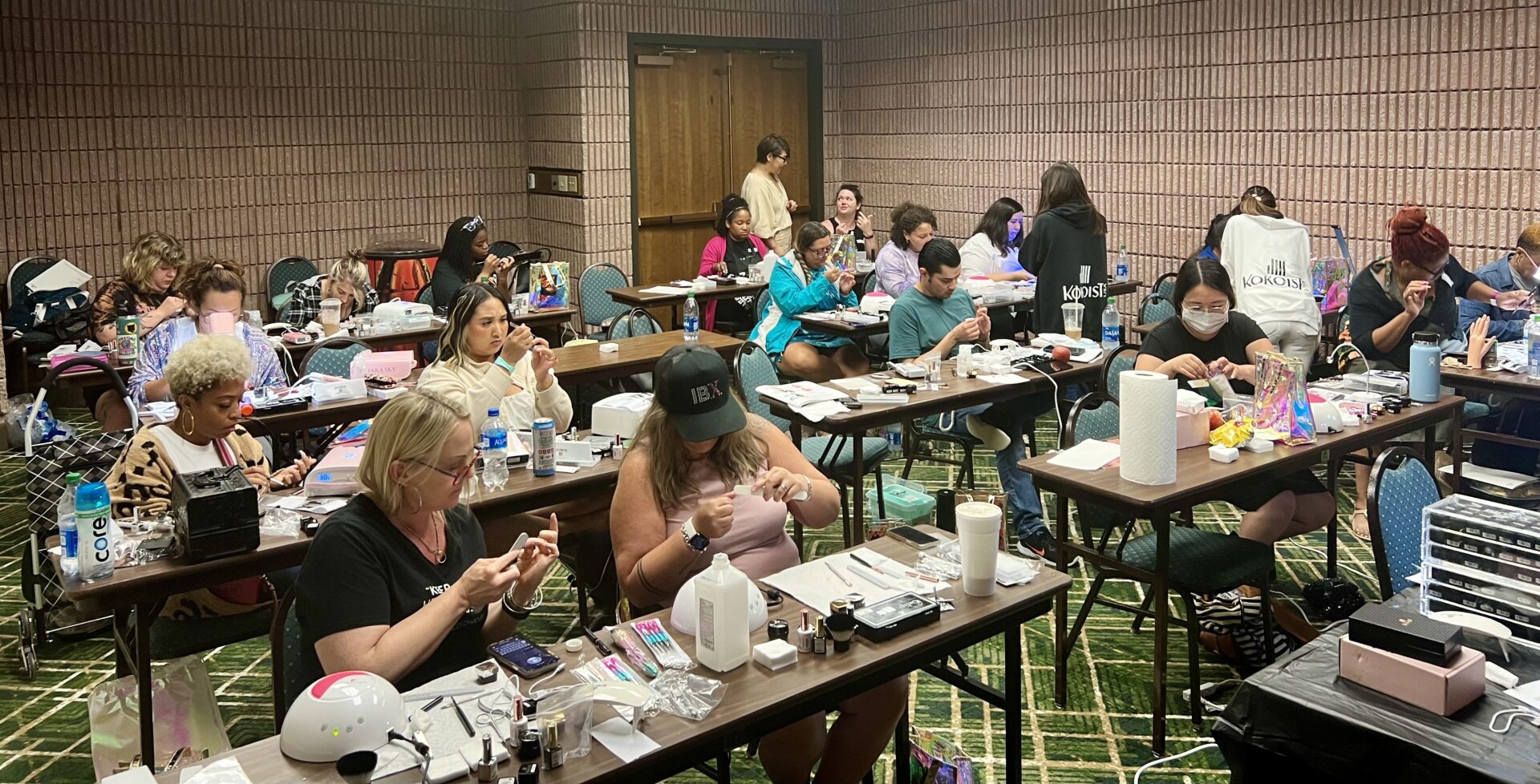 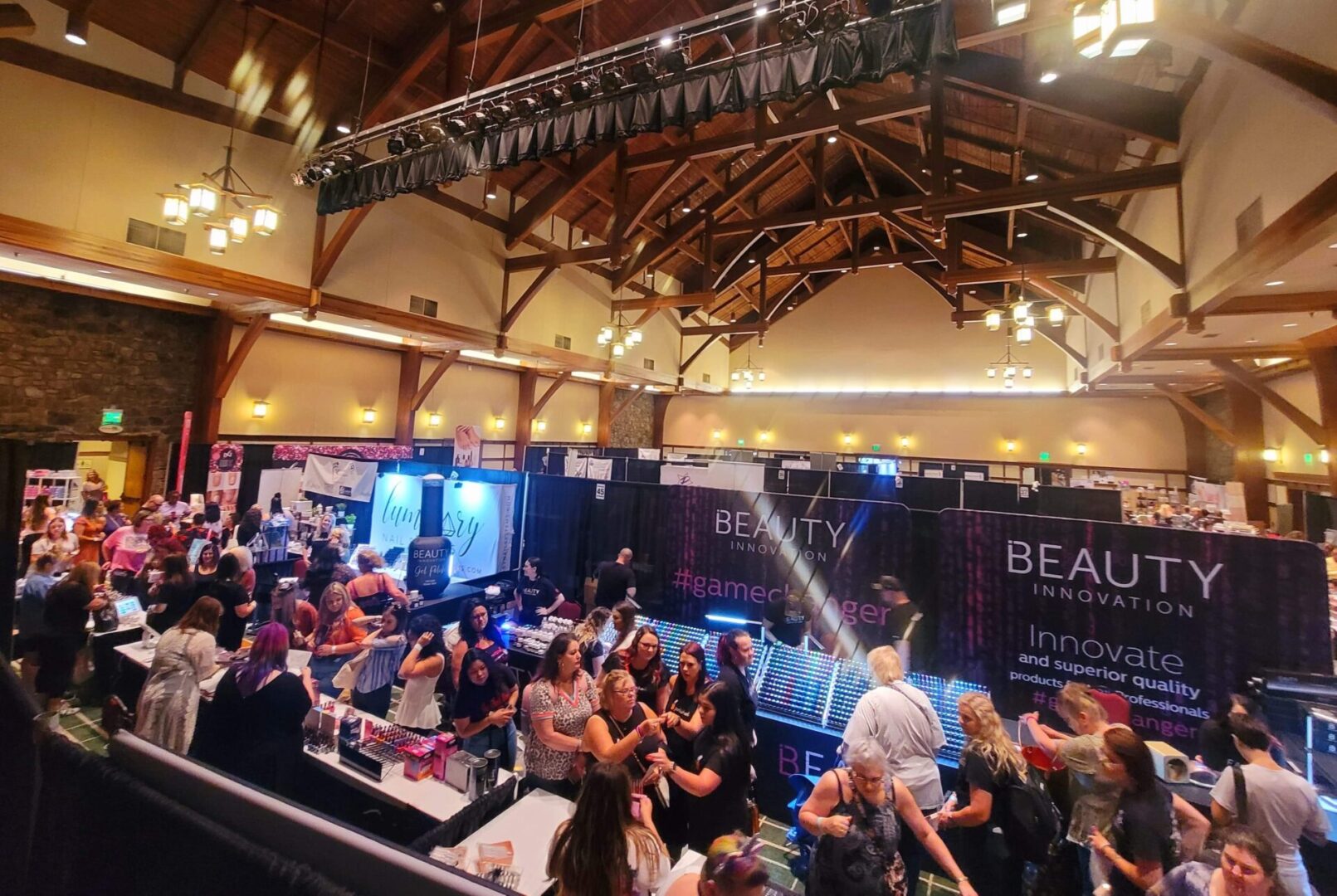 Thanks to the great word of mouth referrals from nail techs, educators & company owners alike, we have grown to 700+ attending nail techs, 200+ educators & 60+ nail companies all demoing & selling wholesale hand, foot & boutique salon products in the gorgeous "Mills Auditorium" (aka the main show floor) at the Gatlinburg TN Convention Center.

For 2019 we created the "Extended Workshops" which are held on Friday to provide techs the opportunity to EXTEND their show weekend by arriving earlier for an extra day of hands-on education.

ALL Extended Workshops are held onsite at the GCC (no offsite classes)! 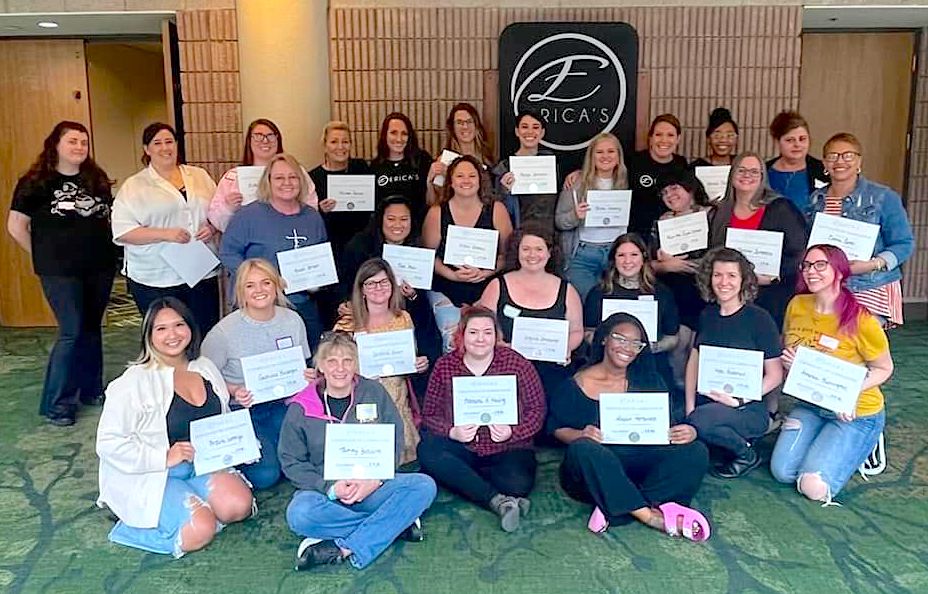 "THE EVENT TEAM" changes yearly & is comprised of friends & family using their own vacation time volunteering to help run this grassroots show on a shoestring budget while operating with NO DEBT.

Learning as we went, each year I cash-flowed expenses by rolling over profits saved from prior years to insure show stability. After 34yrs now I only do nails part time in my private studio while I work online year-around to grow the Smokies Nail Show.

NEW for 2022 was the newly developed Ballroom space known as the "Mills 1 & 2" (connected to the Mills Auditorium main show floor) which allowed 12 more Booths for new companies, PLUS space for our distinguished Sponsors, too.

Our Platinum Sponsor was Light Elegance who graciously provided our 15th year birthday celebration with chocolate & vanilla cake featuring ButterCream glitter icing along with Champagne punch, all complimentary during the show!

Mia Secret was our Gold Sponsor & Gehwol Foot Care was our Silver Sponsor. Both provided product samples for attending techs along with a special Prize drawing, too. 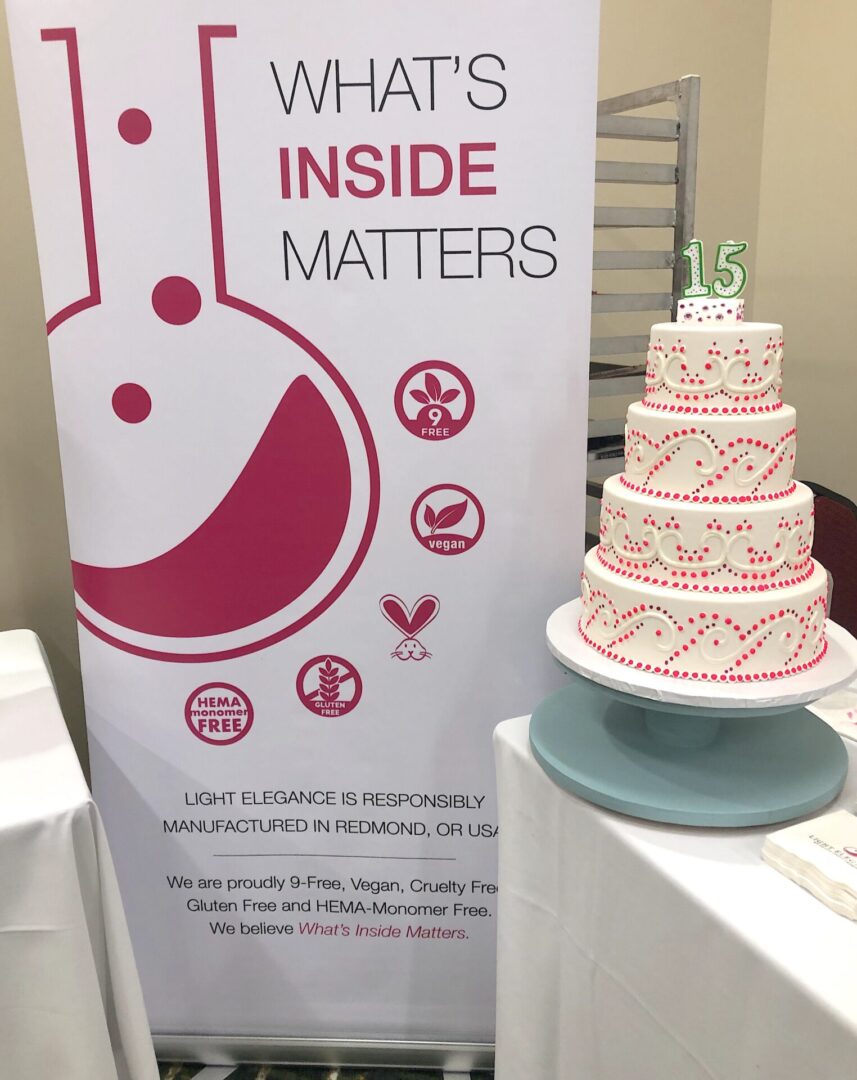 Behind the scenes there's a TON of work that you don't see & I thank you for all your support.

We are proof that anything's possible when the nail world pulls together for the good of us all & you're welcome to join us as we create "nail tech pride".... one tech at a time!​

NEWLY created in 2021 was an all female, 3 night educational tax write-off getaway for actively working licensed nail techs at a private Lodge in the Smoky Mountains, TN!

These classes are not product specific, but Educators focus on teaching successful business tactics + techniques that can be used with the products techs already own. Product shopping is on the last night if you want to stock up! 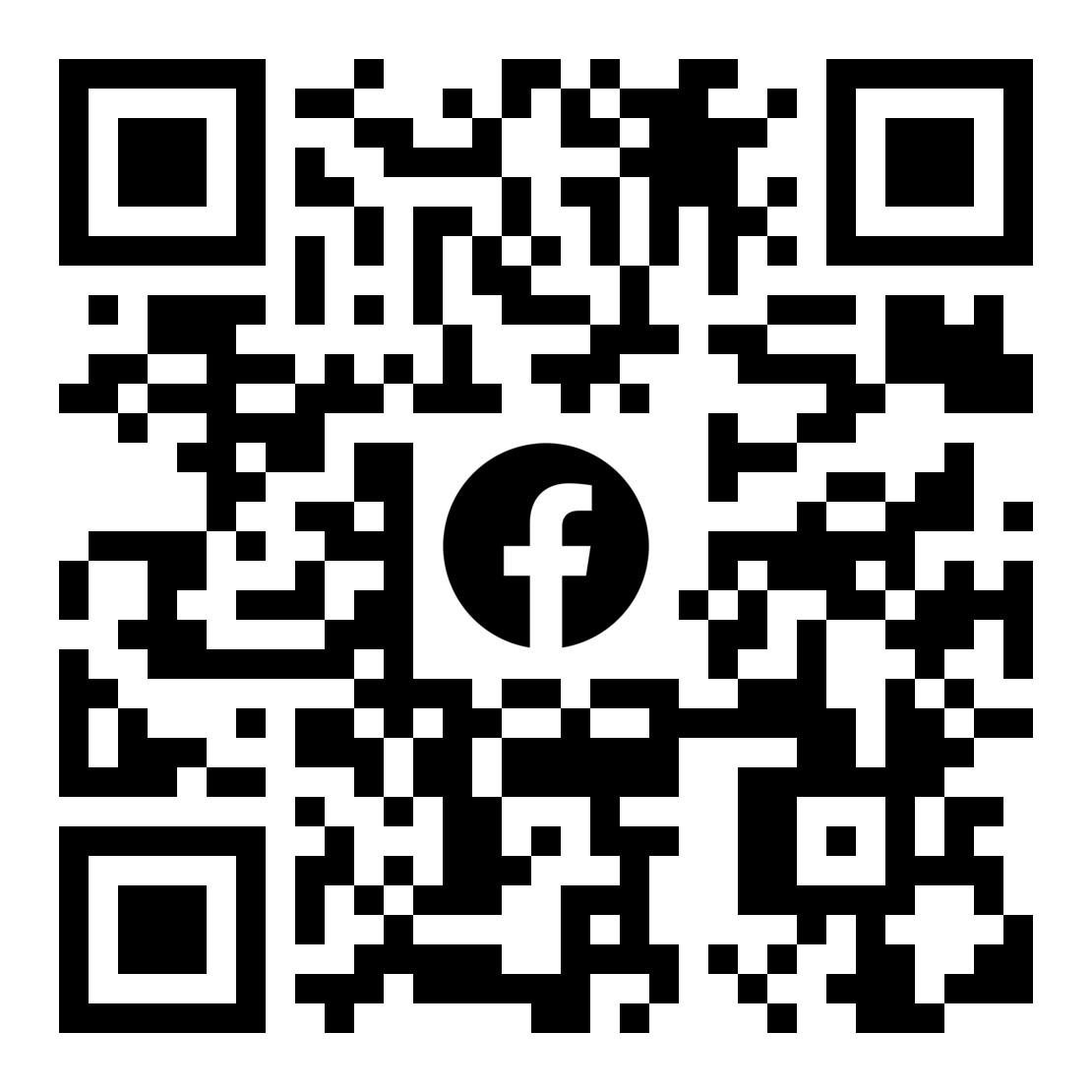 Scan the QR code to join our private Smokies Facebook Group where the next Retreat details will be posted for 1st chances to be a part of it!

Lodging + education + creating friendships is 1 price paid via secure Square invoice. Techs have the opportunity to purchase various sized kits in advance from the Educators so they don't have to bring all their nail supplies for classes.

"Nail Tech Event of the Smokies Commences With Gala"

“Education On a Budget”

“2018 Nail Tech Event of the Smokies Was a Gala Event”

"The 35 Nail Techs Who Changed the Industry"

"Nail Tech Event of the Smokies"

"Nail Tech Event of the Smokies Continues to Grow"

"A Postcard from the Smokies"

"Get Educated at the Nail Tech Networking Event of the Smokies"

"Get Up Close and Personal"

"Just My Opinion: Are You Really Wearing That?"